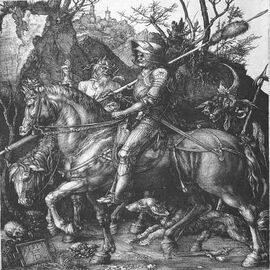 While Warrider was a very early version of Mount&Blade, it did include some content that was removed from later versions of the game, however, not all of it was completely removed, and some hints of the past may still be found deep within the game files.

The game featured a totally different map from later versions of Mount&Blade or Warband and also had a couple different troop types, quests, and items. Due to being an early work in progress, it also had unpolished graphics and primitive animations.

Warrider presented a much more elaborate plot than the open-style gameplay it developed into later. The plot includes lots of hidden locations, undead, items of great power, other characters and a ghoul species. Warrider's plot revolves around the arrival of the Undead.

Warrider featured only two kingdoms compared to later versions of the game. The Swadians, ruled by King Larec, and the Vaegirs, ruled by Prince Kurzak. Calradia was in peace until Vaegirs rebelled against Swadians and formed a kingdom, this was the start of the cold Calradian War.

The in-game description has several spelling and grammatical errors:

"In the year of 1352, the Land of Calradia was divided between two rival kindoms.
In the west, the once all-powerful kingdom of Swadia had lost most of its former glory but remained a formidable power with its heavy knights.
But the eastern lands had been recently lost to the rebeling Vaegir nobles who united under .
Having gained their independence, the Vaegirs were quick to take the offensive and set off to conquer their former masters.
But Swadian King Larec was now fighting in friendly soil .
Soon the war degenerated into a series of skirmishes and raids devastating the countryside .
It was a time of suffering and pain.
Farms were burnt, villages were destroyed, thousands were killed and enslaved on both sides.

But it was also a time of opportunity for some.
Mercenaries and adventurers flooded into the land looking for fortune, fame and glory.
But these newcomers would find war to be a harsh master." [1]

The following are notable differences in Warrider compared to later versions.

Retrieved from "https://mountandblade.fandom.com/wiki/Warrider?oldid=59584"
Community content is available under CC-BY-SA unless otherwise noted.