Viking Conquest takes the player to dark-age northern Europe during the ninth century, when Norsemen invaded the British Isles en masse. It introduces six historically accurate cultures, and twenty-one corresponding factions. All of these factions are ruled by monarchs.

The game was "remastered" on the 27th of July, 2015, being released under the title "Viking Conquest: Reforged Edition." The "reforged edition" was made available for free to anyone who purchased the original game before its update.

While being able to play in "sandbox" mode, Viking Conquest also grants the player the ability to follow a storyline. The story begins with the player character waking aboard the Woden Ric, a merchant ship. Having seemingly forgotten everything, the player asks the captain to refresh their memory, after which it becomes apparent that the Woden Ric is transporting them and their mother.

After the Woden Ric is attacked by the Danish Viking, Sven Bull-Neck, the player will have to locate their mother, who has disappeared, taking the player all across northern Europe, Scandinavia and the British Isles.

Living world that evolves around you, with historical and random events, as well as the actions of the player all contributing.

More than 200 historical characters and 100 extra NPCs: Kings, Lords, Ladies, bards, priests and many others. Meet legendary figures like Ivar the Boneless or his bother Sigurd Snake-in-the-Eye, royalty like Harald, later known as FairHair, or Aelfred of Wessex.

A story mode where the player will be part of a complex plot involving political conspiracy, during the time the sons of Ragnar were leading their Great Heathen Army through Britain. An immersive game style with choice and consequence, romance, betrayal, moments of greatness and ruin.

A sandbox mode, the classic Mount&Blade system, where goals are determined by the player, but with all the richness and options offered by the new setting.

More than 15 possible companions, with deep interaction and different personalities. Sometimes their conflicts will force you to use cunning and diplomacy.

A complex religion system with two faiths, The Norse Gods and Christianity, with monasteries, special NPCs and parties. Religion will be a important factor in the game that will affect the player's interactions even within their own party.

Naval travel and warfare, a key feature to really make the setting complete.

Battles can range from simple robbery to massive naval conflicts between huge fleets laden with warriors, all in dynamic battles where you can pilot your own boat, adjusting for factors such as wind, waves, and weather.

The option to build your own refuge, hire staff for it, and populate it with the wives and children of your troops...

Detailed siege warfare system, with options to reduce a defender by hunger or morale, or by direct assault. With hard choices, plagues and famines, coastal assaults.

All new story, set in dark, mysterious Ireland where nothing is what it seems and truths are hidden...

Hofs of the Nordic gods

Visit the holy grounds of the Nordic Gods. Make sacrifices and recruit powerful yet unpredictable Berserker troops into your army.

A loyal canine friend who will stay by your side, even on the battlefield.

Start as leader of a faction

Skip the rise to power and get straight into Reforged Editions expanded kingdom management.

Feed your men a better variety of food by hunting wild boar but beware, startle these creatures and they're liable to attack.

Out of luck and out of penningas. Commit yourself to an honest day's work in a quarry, mine or farmstead.

There is no greater weapon than the element of surprise; catch your enemies off guard with an ambush attack. Though you must keep your wits about you, or you could be the target of an ambush yourself.

Companions that leave the player's party from discontent may now strike out on their own as adventurers, gathering their own forces and making their mark on the world.

Discover assassination plots, interfere in affairs of religion and more with these new sandbox quests.

Dozens of new weapons and armours as well as updates to old visuals.

Improved enemy AI, incorporating tactics and formations add a new dimension to battles. Shock troops such as the Berserkir fight like animals but in the heat of battle may not distinguish friend from foe.

Customise your kingdom's colour, ransom prisoners to the enemy and raise your peasants as a levy army in times of need.

New scenes and Raid game mode. Improvements to the UI and additional options for server admins to take control of the invaders in Invasion mode.

Special player traits and the ability to spread rumours to influence people throughout the land. More lively scenes with domestic animals walking around. Extra information about your companions and the option of a second player outfit for use outside of battle, as well as much more roleplay and many more immersive features.

Customise your level of difficulty and goals

Set your own goals to become an Infamous Raider, Strong King, Beloved Warrior and more. Customise your difficulty options to cater your own experience and challenge.

There are twenty-one factions in Viking Conquest. 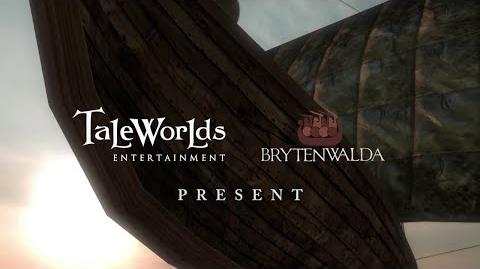 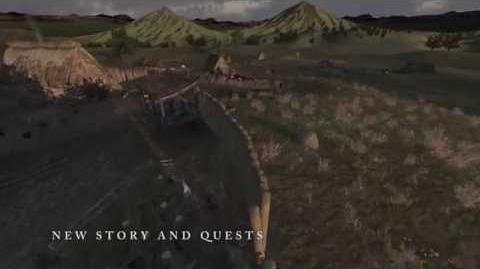