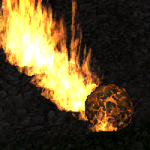 Just want to thank you for your tips on Default Stats editing. I appreciate it very much.

Hey, Tephra. I see you are boss here! :-) Anyway, just want to say hi and also ask small question about this wiki:

What do you think about me creating Ranking list for troops in M&B Warband? Being long term player, I have learned many aspects of the game and really want to share this knowledge with M&B Warband Wiki users. —Preceding unsigned comment added by Debronee (talk • contribs)

Ty for helping me out. I really appreciated it.

Village of Emer and the word "emmer" Edit

I thought that if the presence of two large wheat fields and the possibility of the village being a major grain producer were worthy of mention, then some wheat-related trivia about the village's name and the possibility of the place being named after the grain might also be worthy of mention. I see that I didn't fully flesh out my idea, and it seemed out of place as such. —Preceding unsigned comment added by 24.94.29.252 (talk • contribs)

This wiki has been plagued with too much speculative trivia. With the word not being the same (even if similar) and the presence of wheat fields being purely circumstantial, there needs to be more to go on than those minor points alone.
◄► Tephra ◄► 13:31, March 26, 2017 (UTC)

I just wanted to let you know I've reverted your edit on the Brytenwalda/Viking Conquest articles. "Mod" redirects to "Mods." There's absolutely no need to make it a piped link: [[Mods|mod]]. That just adds clutter to the article.

Are there any particular elements of the Viking Conquest DLC that you're still missing info on, by the way? I'm interested in contributing.—CarloV3r (talk) 08:55, June 28, 2017 (UTC)

I don't exactly know what you mean by that. Redirects are created to make editing easier and lower the amount of unnecessary clutter on articles. There's no downside to them.—CarloV3r (talk) 09:16, June 28, 2017 (UTC)

The locations are somewhat identical to those in Warband, with the exception of atleast 20 to 30 monastaries, and other miscellaneous locations. All misc locations are unique, and are either involved in the storyline, or have some small related quest. (Stumble upon them, enter them, kill an Old Hero, get his armor, etc.)—CarloV3r (talk) 21:51, July 3, 2017 (UTC)

I've reverted your revert of my addition to Template:Infobox Edit

I recently joined this Wiki and started editing some pages about Viking Conquest. As many pages about VC lack images, I was wondering about what the best way of creating images for this wiki is. For example i would like to know how you make these images of lords. I suppose they aren't made with steam's screenshot function.

Hello, sorry to bother you. I have been searching for two questions I have had, and cannot find an answer to either of them. If you could please get beck to me with answers to:

A- What happens if the player captures all of the lords/nobles of a faction,

I would be grateful if you could spare the tie to answer these two questions.

I'm cleaning up the Bannerlord promotional images and the following files have undescriptive names and should be renamed:

Some of my maps need to be renamed to make it clearer what they are (sorry in advance for the lazy bulk upload):

Would it be possible for me to add a list of dialogue for every hero, not just the story? Like the acceptance thing, encounters like with Marnid in Sargoth and Egil in Ribe as well as personality clashes? KaiserofTheAzure (talk) 23:38, April 8, 2018 (UTC)

Why did not you banned the vandal?

Hi. I'm not sure if you remember me, but I was the guy who lost the details to this account. I figured out how to log on now :p

Are there any areas of need? I figured maybe they won't be much until Bannerlord is released

Just wanted to point out that, in Viking Conquest, while the word 'pening' is used for the currency in singular form, the word 'peningas' still remains for its plural one. The word 'penings', while used, is only used once, not anywhere in the game that I'm aware of or your in-game transactions but only in the description of the game on TaleWorlds' website.

Info on horses and ponies Edit

Thanks for adding info on horses and ponies in Viking Conquest. It didn't come to my attention that there were multiple types of them, I thought only the colors changed.

It wasn't supposed to be such a botched attempt, internet crapped out on me and I didn't get to finishing it (the incomplete job I was trying to finish anyway). I return, see that you've uploaded everything, and all is good.

Hi I'm just wondering if it would be a cool idea to create a Discord Server to help out on organizing fans of Mount & Blade. The same is being done on the Gran Turismo Wiki and it's pretty cool, where we can have discussions and organize info that needs to be completedEduardo Fernandes

Not all villages are done Edit

I sent an invite over discord, massage me when you receive it!

Can I ask why you reverted my changes, I fixed quite a few formatting issues and having the newest game at the top makes the most sense. —Preceding unsigned comment added by ModernWarBear (talk • contribs)

Hi Tephra, I wanted to start a discussion about possibly having a separate template for Bannerlord factions. If you have a chance, do you mind adding your thoughts to https://mountandblade.fandom.com/wiki/Template_talk:Factions? Also, I responded to your message on my talk page. Cheers!
SkyeNiTessine (talk · contr) 20:21, April 14, 2020 (UTC)

Sorry for bothering you with this, but I messed up some template names... So, I wanted to do a "facelift" for the Bannerlord troop tree tables on the Troop trees page which would involve replacing them with navboxes, like it's for the Battania troop tree (Template:BattaniaTroop instead of a table). However, accidentally created my very first template named Example, then renamed it to Infantry, so Template:Example is now redirecting to Template:Infantry which it probably shouldn't.

Now another issue I have is similar in nature, I created Template:HorseArcher then accidentally renamed it to Template:Archer (then renamed it back), so now I can't name a new template either of those to use separately since the latter redirects to the former, and I also created a 3rd template named Template:HorseBow out of my stupidity that I'd like to be renamed to Template:Archer, as its content suggests. I made a mess, I know, really sorry about that...

So here's some kind of a breakdown:

Could you delete the page for Ionira? This is the same city as Onira in Bannerlord; however the name "Ionira" was the old name of the city during earlier stages in the game's development. I tried to delete its category so it would not show up under the list of Southern Empire territories, but I do not think I did it right. --Dphilostrate (talk) 14:17, April 28, 2020 (UTC)

Sorry to be asking for another deletion, but I’ve been trying update all the settlements. Could you delete the entry for Ulaan Castle? As of Early Access it is no longer in the game. Dphilostrate (talk) 01:28, April 29, 2020 (UTC)

Should Notables section be removed?Edit

There was some confusion when Bannerlord was released and entries were made in the pages for villages and towns where the names of notables were written. But I only recently realized all the names of the notables are randomized for every play through. I have been deleting these while trying to clean up the village pages, but what I wanted to know was if I should delete the whole section labeled “Notables?” Or should we put in an entry where we actually say that the names of the notables for the villages are randomized and maybe mention that each village has two or three notables who could be either Headmen or Landowners. Dphilostrate (talk) 20:35, May 1, 2020 (UTC)

How to include info about Bannerlord horse breedsEdit

I was wondering if this information should be included in the Horses article or if there should be something separate for Bannerlord horses? Or should we create individual articles for each of the breeds in Bannerlord?

I am aware a small few of the details in the blog are out of date like how it refers to a Highland Pony which is now called a Battanian Pony. Also I do not know what they consider to be a Vlandian Horse... Dphilostrate (talk) 14:50, May 8, 2020 (UTC)

Retrieved from "https://mountandblade.fandom.com/wiki/User_talk:Tephra?oldid=63089"
Community content is available under CC-BY-SA unless otherwise noted.