The Sultanate of the Aserai is a kingdom in Mount&Blade II: Bannerlord. It is ruled by Sultan Unqid, and occupies the shores and the desert beyond the Perassic Sea, to the south below the continent of Calradia.

The Banu Asera, also known as Aserai, is a civilization that is comprised of numerous clans who all claim their descent from the legendary patriarch Asera. The clans have occupied the springs, oases and coastline settlements of the Nahasa desert and its surrounding areas since ancient times. The Empire becoming weaker has shown an opportunity to the clans, who have formed a confederation in the interests of conquest.

The Aserai pride themselves on flexibility and their armies are the closest thing to a generalized faction within Bannerlord, with a reasonably balanced mix of archers, infantry, and medium spear cavalry, although the focus is greatest on cavalry. With a strong merchant tradition, their caravans are 30% cheaper to build, with a 10% reduction to trade penalties.

To the south of the imperial heartland lies the Nahasa, the Bronze Desert, ringed by mountains, hammered by the sun. A traveler coming over the passes from greener lands would first see fields of dunes broken by gravel plains and volcanic outcrops, shimmering under the heat haze. But there is water to be found underground, trapped in depressions or beneath the wadis where the occasional flash flood rumbles by. It is in these oases that people have settled. They are divided into dozens of clans and sub-clans, each with its elaborate genealogy, but are collectively known as the Banu Asera or the Aserai after the legendary patriarch Asera, whom they all claim as an ancestor.

The Aserai usually depend on their archers and they try to swarm you with their infantry.

Aserai recruits and tribesmen are more fragile than low tier infantry of other cultures, but once upgraded they become more flexible and solid all-rounders. Most Aserai units take full advantage of their loadout slots, carrying polearm, blade, shield and a throwing weapon. This allows them to pepper advancing enemy infantry with projectiles before engaging in close combat and to defend themselves against enemy cavalry at close range. Aserai forces are much weaker on defense, as their unreliable shields and outright terrible head protection of most troops makes defending against ranged attacks or enemy shock infantry very difficult.

Aserai cavalry is well-rounded and balanced, but the player should take into account that access to war horses is essentially required to make best use of them. Mameluke Regulars and Aserai Youths can be considered light cavalry at best and until they can be trained and equipped with war horses, they are ill prepared against most mid tier threats. Eventually Mameluke Regulars transform completely when upgraded to Mameluke Cavalry as they equip bows and arrows and their default troop formation changes to horse archer. Once the Aserai Youths and Horsemen are upgraded to Aserai Faris, the player has access to a cavalry-exclusive playstyle if they wish so, similar to if not outmatching the Khuzait mounted forces. 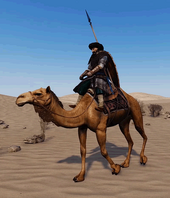 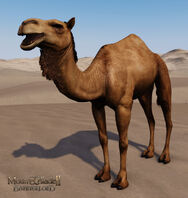 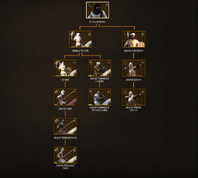